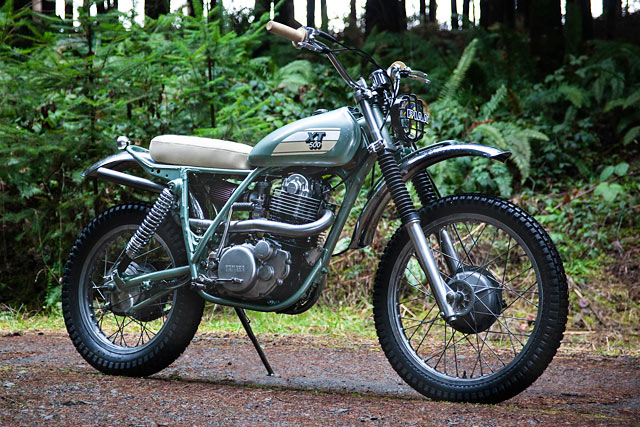 The Red Clouds Collective are a Portland-based outfit that make bomb-proof waxed cotton moto gear. They make pants, shirts, bags, panniers and tool rolls that are harder wearing and longer lasting than their owners could ever be. And luckily for us Seth and Casey Neefus, head honchos at Red Clouds, also use the business as a front for making gorgeous custom bikes, like this pair of incredible Yamaha XT500s. 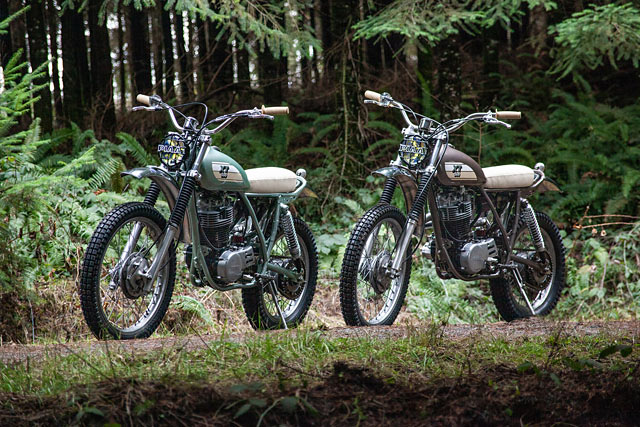 “We were at a swap meet at the Portland International Raceway, talking about how we passed on a recent XT500 on Craigslist,” Seth says. “As we were talking about this and walking around we saw the front end of an XT500. We started walking faster and then practically started running to the bike. But we had to act calm or else we wouldn’t be able to get a good deal.” 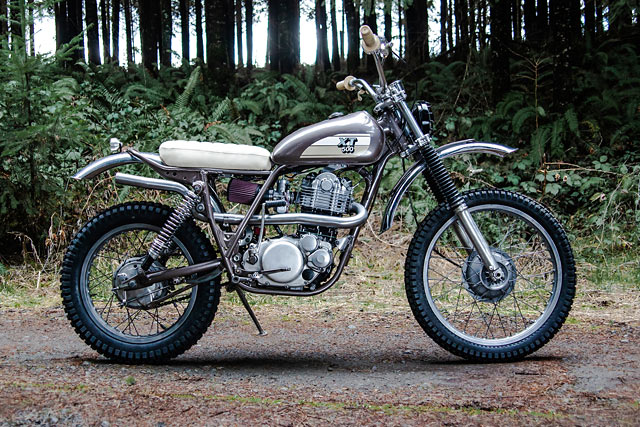 “After many attempts of bump starting it we got it running, agreed upon a fair price and took her home — making our dreams of owning an XT500 come to life.” After a clean up the brothers started belting around on the old chook-chaser*, exploring the logging trails and single tracks that surround Portland. And they also found that the ol’ XT could be a blast in town.

*(n.) INFORMAL•AUSTRALIAN A clapped out trail or motocross bike. Taken from bikes used on farms to chase chickens, or ‘chooks’. 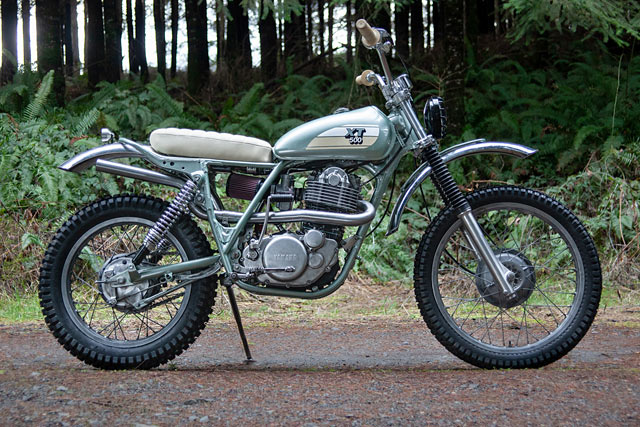 “Nothing compares to riding a motorcycle that can rip through the woods and catch air and slide around turns but also roar through city streets, popping wheelies and jumping off cub cuts on sidewalks.” That love for the vintage one-lunger only grew when the XT was up on a workbench with its tank off. Out of curiosity Seth and Casey dry fitted some older and smaller VMX tanks. It looked good. Damn good. What if they were to go all out and create a real head turner? 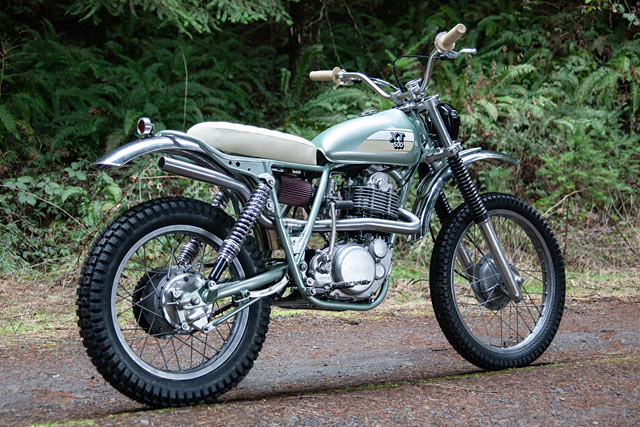 “We decided that if we were going to get serious about building a custom XT500 we might as well each build one, or build them together and we both get to have our own when we are done,” Seth says. A Craiglist search found another XT a few hours away so the brothers loaded up their van and after six hour round trip they had a second XT in the shop and wasted no time getting underway. 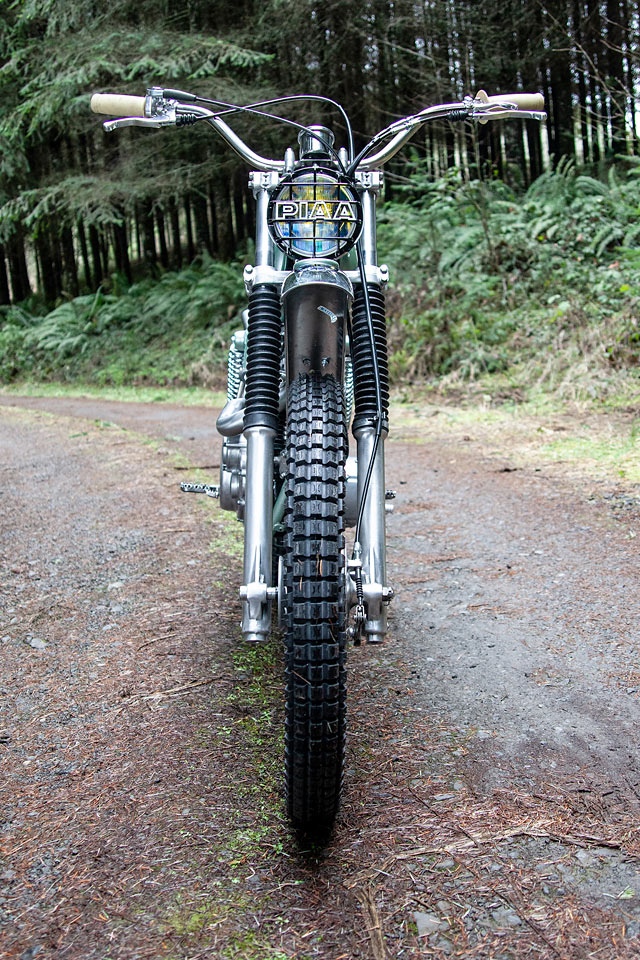 “We started by removing everything that was not necessary and seeing if we could make some other tank options work,” Seth says. “With a little effort we modified some tanks to securely mount onto the frame.” The engine came out for blasting, fresh paint and a top end rebuild while the electrical system was changed from 6 to 12 volts. While the engine was out being rebuilt the frame was detabbed and the real fabrication work started. And Seth and Casey didn’t hold back. 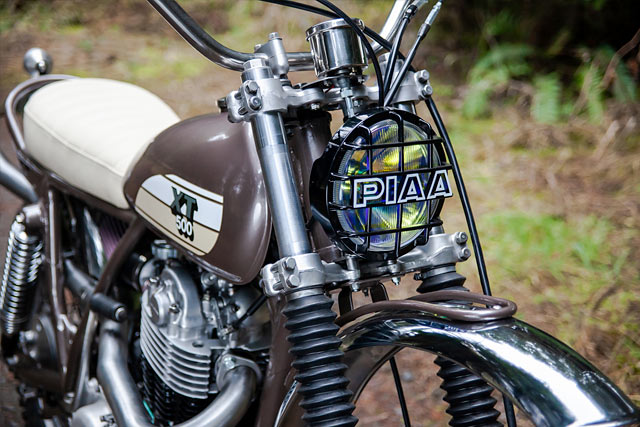 “We cut about 5 inches off of the rear end of the bike and found some old Wassel fenders that had the right look. That worked seamlessly, but we wanted to add a front fender rack so we could strap a tool roll to it while on the trails. We designed and fabricated the rack and mounted it nice and high right under the headlight. We wanted to make these bikes trail worthy and keep the look of an aggressive vintage Yamaha dirt bike.” 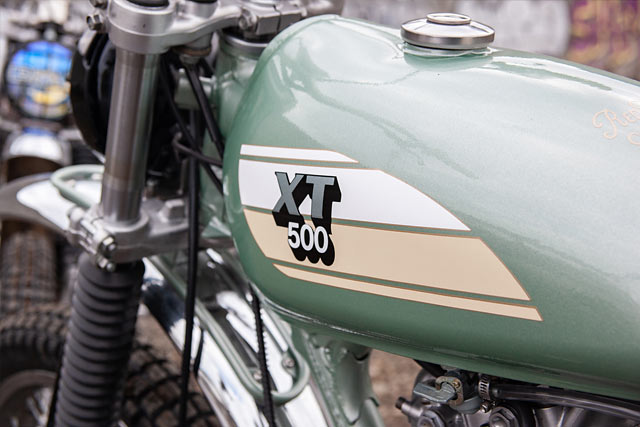 “The team didn’t just go trawling through the glut of aftermarket XT500 parts you can find online. They made it all.”

“So we fitted Piaa headlights and shaped some fibreglass seat pans,” Seth says. Wider footpegs and mounts were made and Red Clouds Collective stainless steel ‘bars were fitted. Of note here is that the team didn’t just go trawling through the glut of aftermarket XT500 parts you can find online. They made it all. 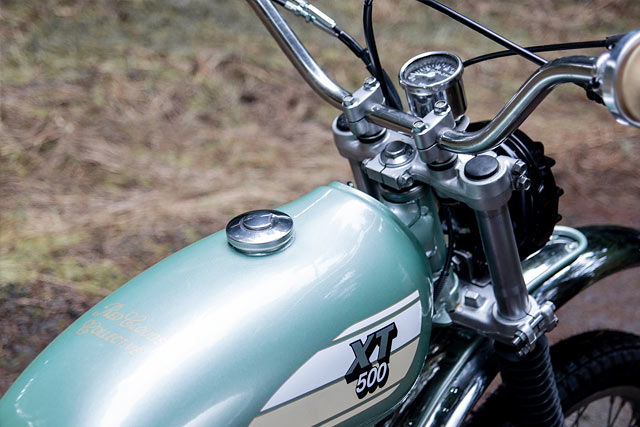 “At this point we didn’t know that we were going to make antique white leather seats or what our tank graphics would be,” Seth recalls. “We just wanted to see the two bikes with all of their freshly cleaned and polished parts that we worked so hard on come back to life. As we reassembled the motorcycles we talked endlessly about colors and graphic ideas and even developed ideas working in photoshop.” 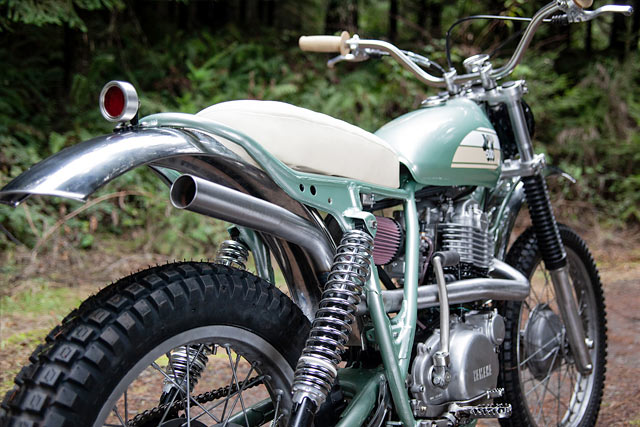 The end result of all that discussion is a gorgeous colour scheme that manages to highlight the best things about the old XT’s without drawing anything away from them. They’re perfectly proportionate, clean bikes. We love our VMX bikes here at Pipeburn, and Red Clouds’ latest offerings look absolutely stunning and sacrifice nothing in the way of rideability. In our opinion it’s an early double-tilt at our bike of the year.